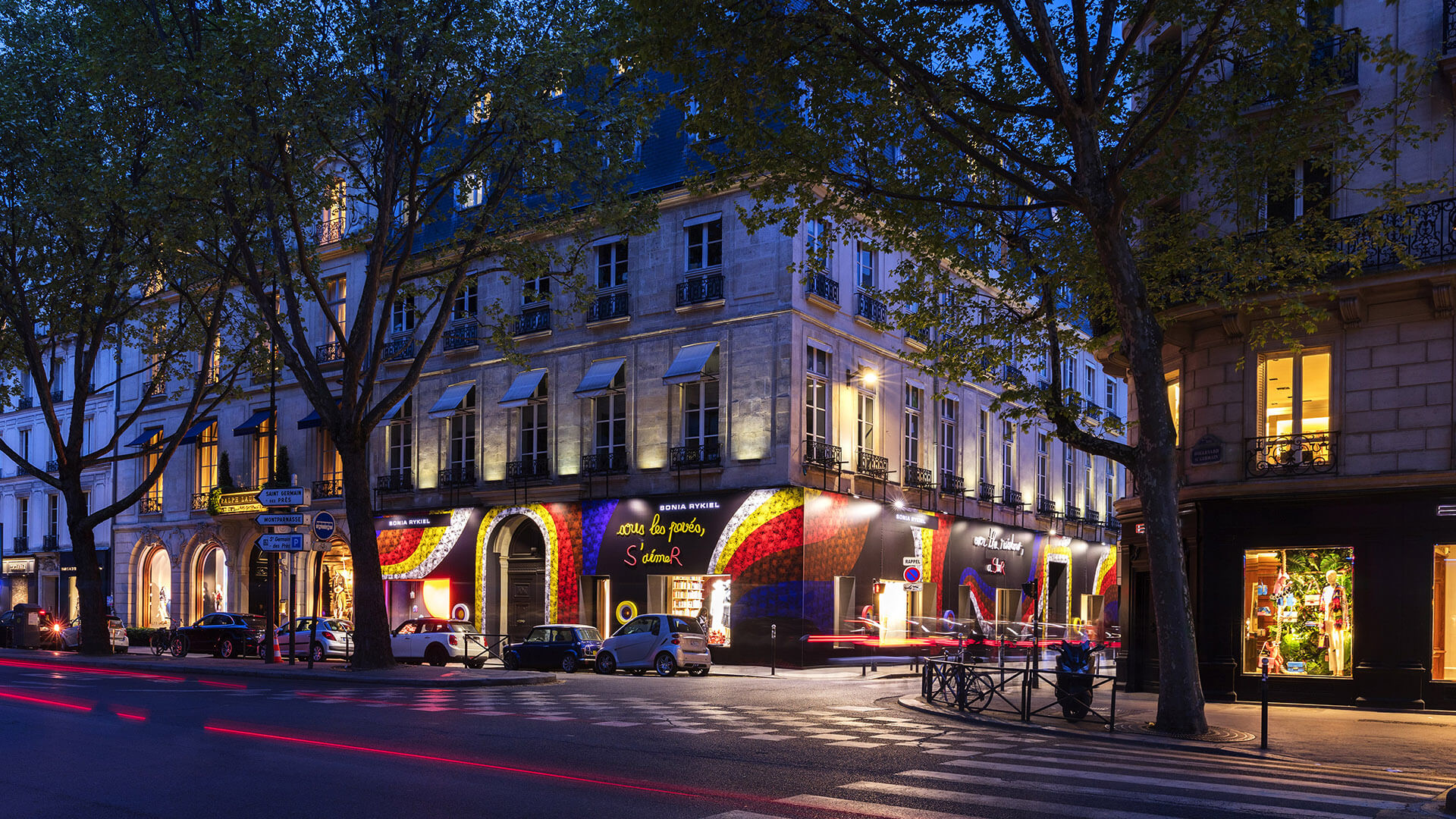 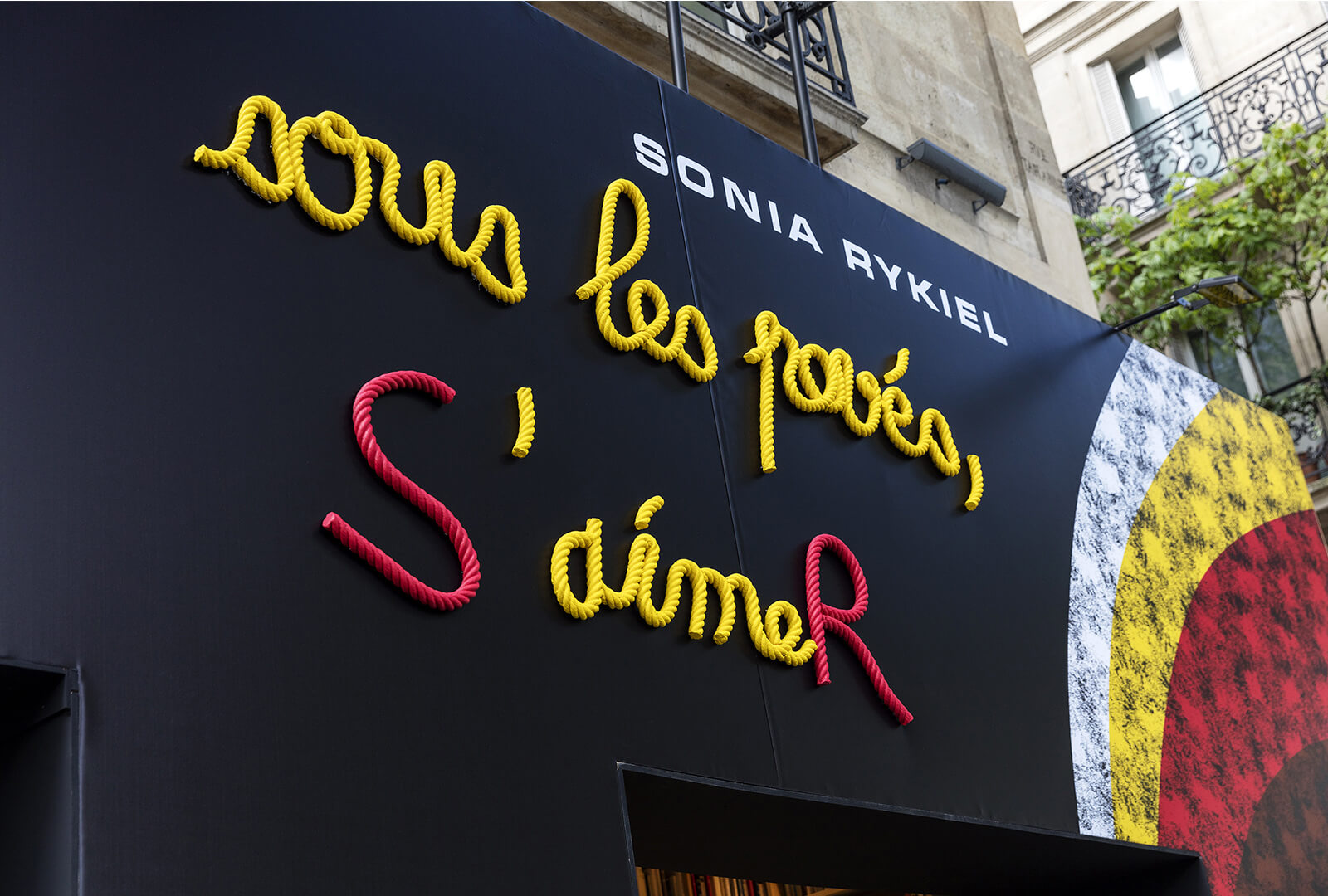 For Sonia Rykiel’s 50th anniversary and under the creative direction of scenographer Juliette Minchin, ATHEM designed the storefront of its boutique on Boulevard Saint-Germain. Winner of the contest for the project launched by the prestigious fashion house among students at the Ecole des Beaux-Arts in Paris, Juliette Minchin revisits the brand’s stripes in a pattern inspired by the 1970s rainbow motif. The weft of the openwork knit evokes a jumble of cobblestones, recalling the events of May 1968 concurrent with the anniversary. 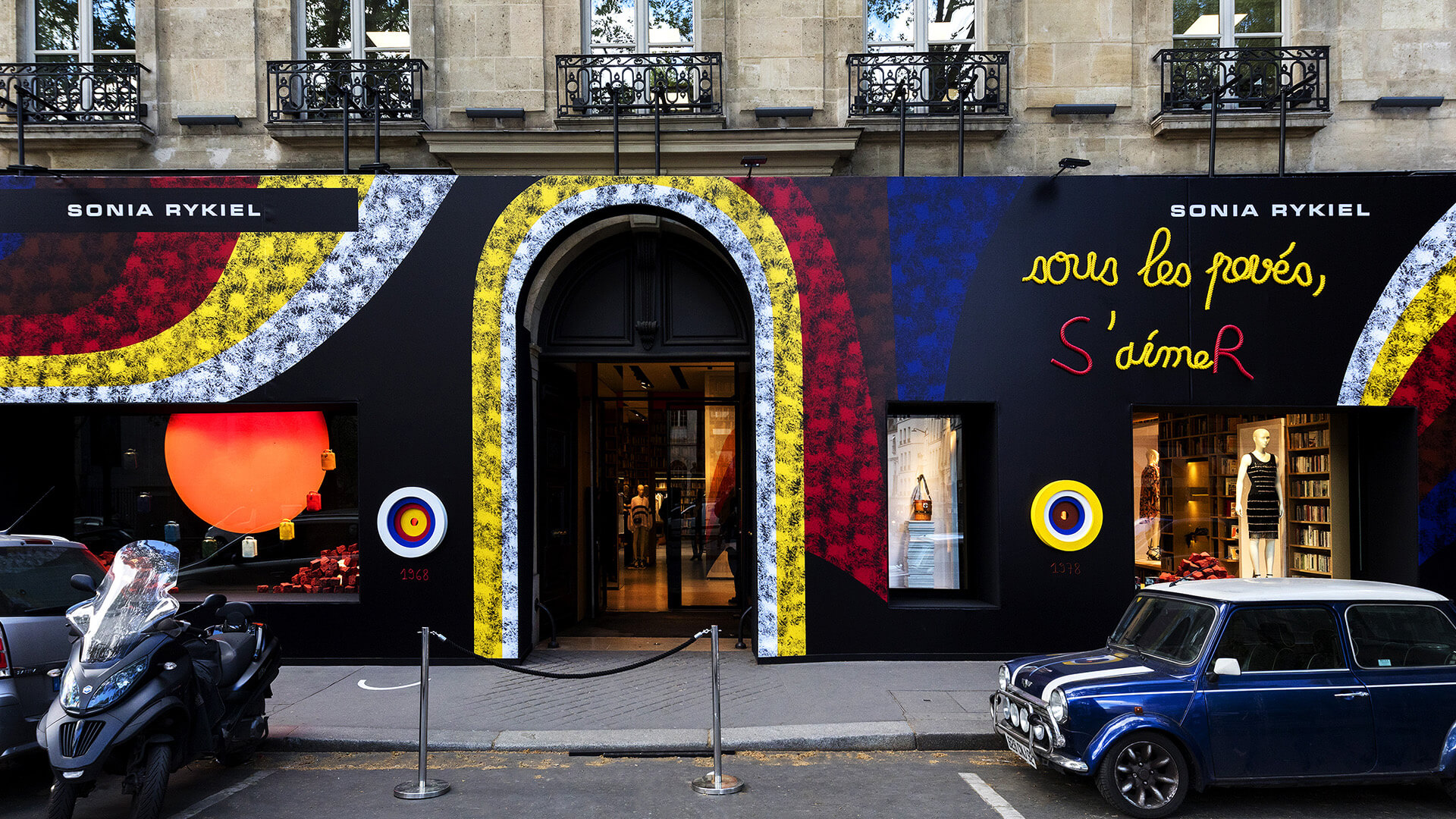 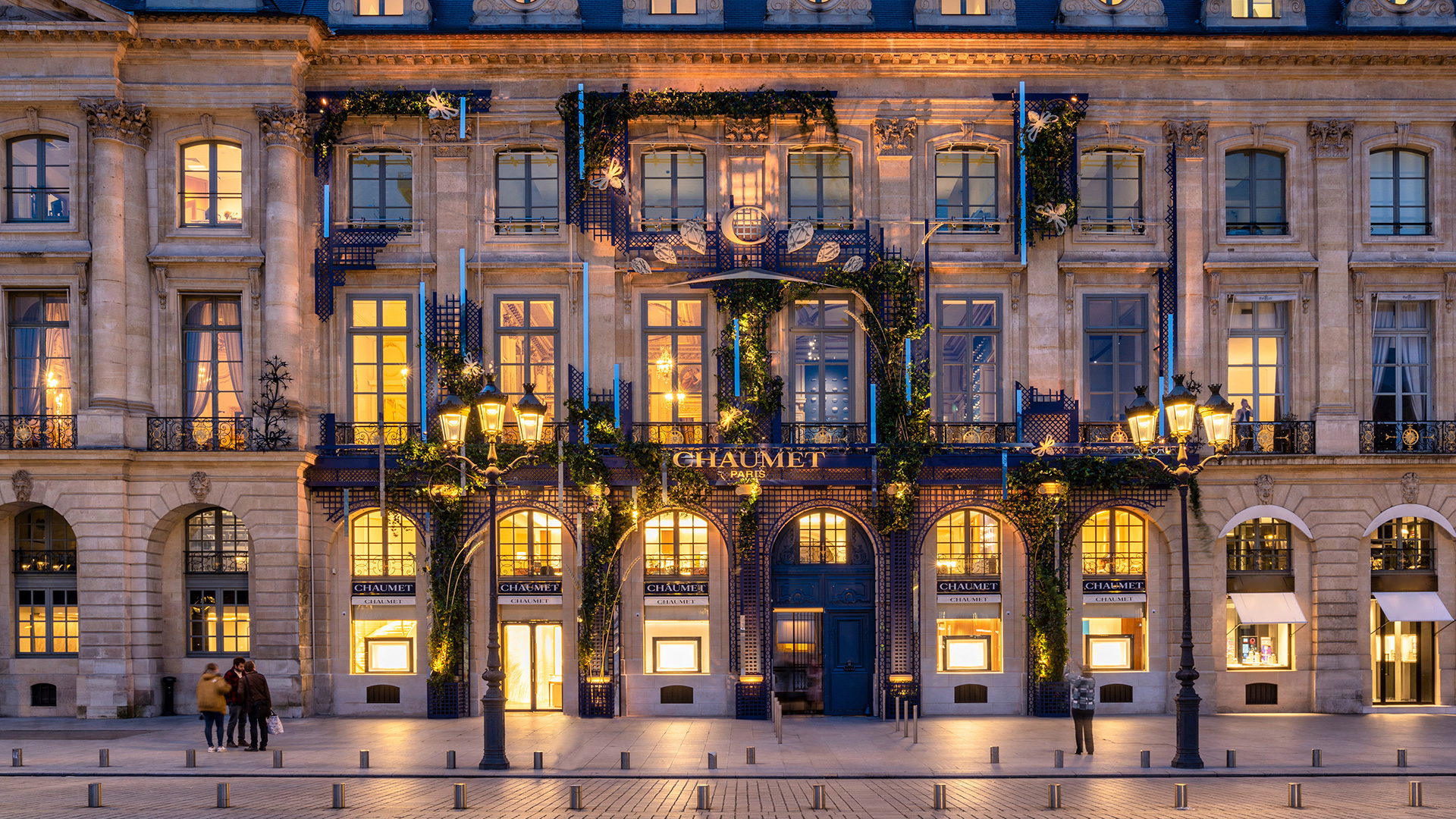